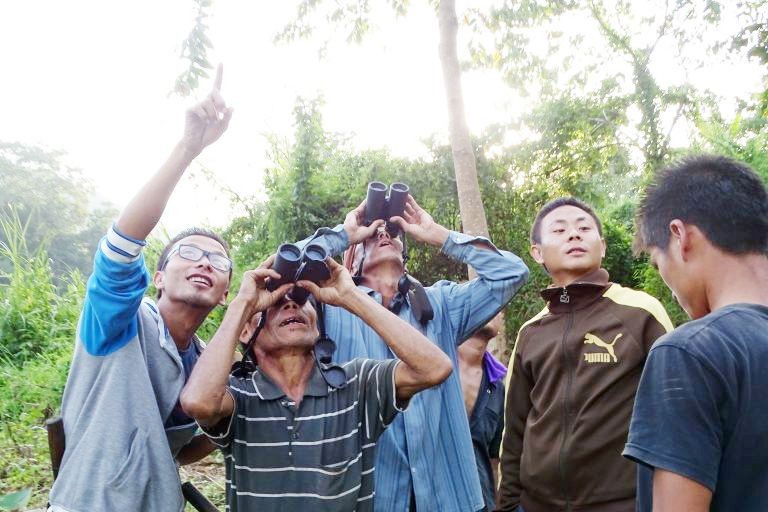 “Our ancestors knew what to take, what not to take and also how much to take. But today, we have put so much pressure on the biodiversity that the entire ecosystem is decaying and the threat is becoming very severe.” In his message for World Environment Day, winner of the prestigious Whitley Awards 2021, Nuklu Phom noted that the threats in this regard are not beyond the borders but are right here.

Expressing deep concern on the decaying environment, he said, for many people in the villages of Nagaland and North East India, threats like ‘melting glaciers’ may not be very alarming because they do not see it. “But in our own context, we have witnessed them with diverse yet alarming effects,” he said while pointing to the rise in temperature during the last 5-7 years to the extent that even villages have started using refrigerators.

He further pointed to human activities such as massive deforestation, uncontrolled hunting of wildlife for consumption or sale, felling of trees for timber and other use, reckless and uncontrolled extraction of natural resources and waste of forest products, which have all created a negative impact on the ecosystem.

In order to restore the ecosystem, Nuklu urged that laypersons should continue to give time to community members and help them understand about the decaying environment and further encourage their community and clan members to conserve their forests. He said experts must do more case studies, interact with the communities and educate them while the government should also invest in studying ‘the conduciveness of soil in our region.’

Giving emphasis on the three Cs, which stand for Conduciveness of soil, Crop compatibility and Climate condition, he urged that we must stop bringing foreign crops unless they are scientifically proven and are conducive to the soil of the region. On Climate adaptability, Nuklu asserted that “anything we do must be done based on the climatic condition of the region.”

At the World Environment Day jointly organized by the Divisional Forest Office Longleng and Lemsachenlok Society, Longleng via Zoom, he also spoke about the ‘Importance of Community’s Role towards Ecosystem Restoration.’ Nuklu asserted that if communities come and work together in their own capacities, the looming threat of the environment will not be as serious.

On the occasion, 9 villages under Longleng district resolved and reaffirmed their commitment for biodiversity conservation. Phom expressed hope that in another 5-10 years, there will be 100 communities who will do the same. “The government and all the experts must work together towards sustainable policies, and identify resources to create sustainable income generating activities rather putting so much pressure on the forest,” he said.

Dr VB Mathur, Chairperson, National Biodiversity Authority of India urged that “we need to play a role in preventing the loss of biodiversity and reviving the loss of nature, and see to it that the impact of climate change do not continue to haunt us.” In other words, he said, “what we need to do now is heal the planet,” while emphasizing that a healthy environment is critical to the wellbeing of human beings.

Towards this end, he urged that everybody needs to work together for restoration of ecology and ensure that water bodies—lakes and oceans continue to function and become productive because there is no point in having forest or grassland which is not productive.

Dr Mathur said the people of Longleng district are very well aware and have already done it while pointing to the Amur Falcon conservation story, which, he added, is also very important because of the involvement of local people and communities and the leadership. In this regard, he complimented the local communities in Nagaland, leadership given by the Government of Nagaland, civil societies and everybody towards making it a very successful one.

Dr Mathur further called upon them to take a pledge to “bring change in our lifestyle and make it more sustainable and resolve that we will respect and protect nature.”