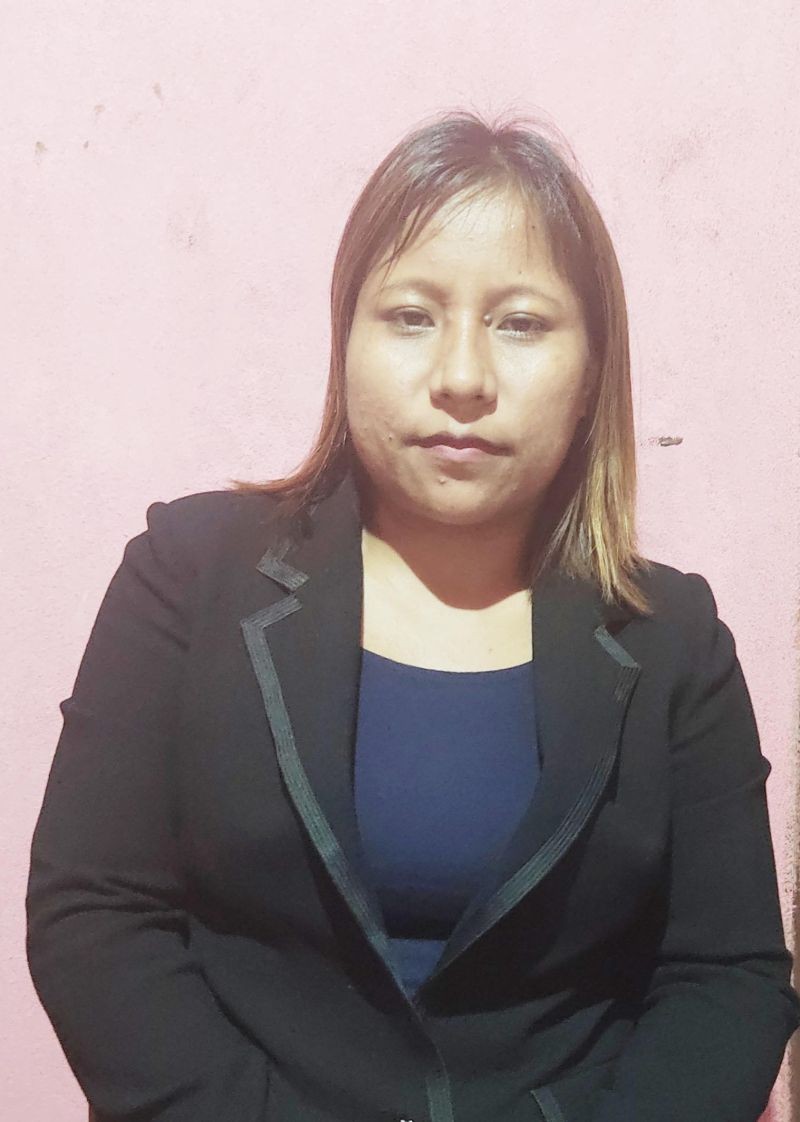 Breaking new ground in women leadership, 32-year-old W Manni has been elected as the Village Development Board (VDB) Secretary of Wangti village under Chen Block in Mon district on June 5, 2021. She is the first Konyak woman to be elected as VDB Secretary and among the rare breed of women in the State to have accomplished this feat.

W Manni was elected from among seven candidates who vied for the post wherein she was also the only female candidate. “What gives me immense happiness is that I was elected purely out of public trust,” she told The Morung Express in an exclusive interview on Sunday. Clearly elated with this new turning point in her life, she confessed that she had always dreamt of becoming a ‘public leader’.

Prior to the election, she recalled, “When they asked me if I wanted to contest, I thought regardless of whether I win or not, maybe I should take a chance even if it is just for the record.”

“I am very happy and grateful to everyone who supported me and gave the opportunity for a woman to work for the betterment of the village,” she said.

She strongly felt that there should not be any gender barriers when it comes to electing a leader for the public good. “We must give equal opportunity to whoever is capable and is willing to serve his/her people with passion,” she stated.

When she contested for the post of VDB Secretary along with six male candidates, W Manni did not think she would come this far. Being a ‘public leader’ had fascinated her since childhood and especially now, she stressed, while looking at how the society is going wrong. “I have a deep passion to work for the welfare of the society,” she shared.

She also remembered how she would tell people in her village that even if she gets married, she would still try to become a ‘public leader’. If given the chance, she said she would also contest in the State general elections in the near future. “But nowadays, you cannot win elections empty handed,” she pointed out.

Describing the VDB Secretary election as a ‘mini election’ she said, “I did not spend even 10 rupees but it was the public trust that elected me. So I am telling them, even in bigger elections, we must continue to practice clean elections.”

The newly elected VDB Secretary highlighted that the official appointment is pending but once she takes over, her main focus would be on “job cards and old age pension.” “I want to start small and I want to start with these. The public are struggling and suffering… there has been a lot of complaints regarding these,” she revealed.

“I want to look into these aspects, the problems they are facing, because villagers have no income, and are dependent on job cards while the elderly depend on old age pension,” she added.

Earlier this March, W Manni also made history by becoming the first woman vice president of the Chen Area Students’ Union that has 10 villages under its umbrella. At the village level, she has been involved as a student leader in the past.

W Manni is the third-born among 10 siblings and is a graduate of Pranabananda Women’s College, Dimapur.

Mention may be made that Chizami village of Phek district had recorded Wepeteu Naro as its first woman VDB Secretary in the year 1996 while among few other female VDB secretaries, Süniho Vikato served as VDB secretary of Xükhepu village Satakha Block from 2009-2016 and Kiniholi is the current VDB secretary of Nitozu village. As per records, Khetoli served as the VDB Secretary of Naghutomi Old under the then Akuluto Block (now in Akuhaito Block) Zunheboto district from 1994-98.